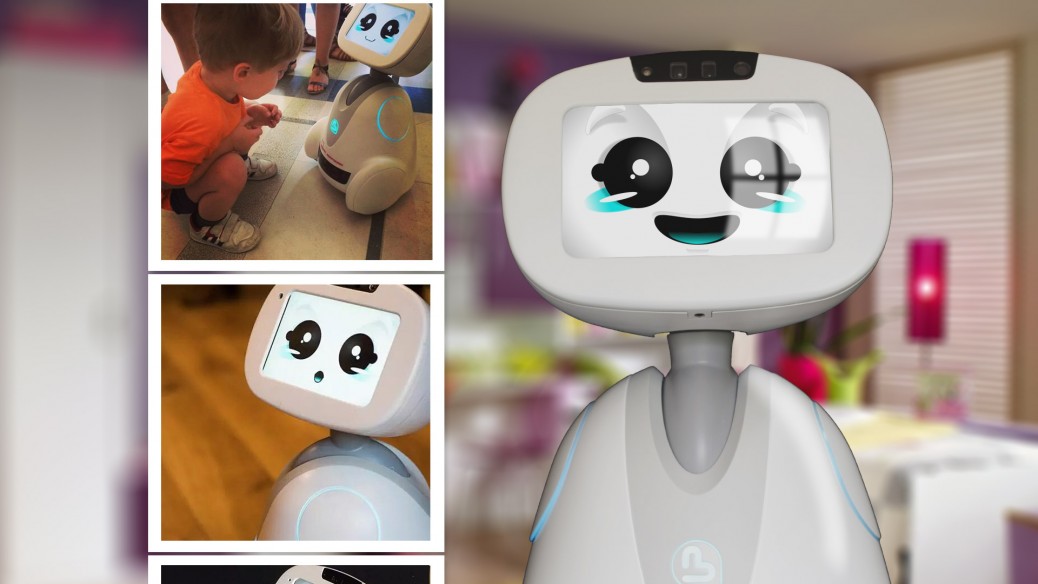 The design and appearance of a companion robot is critical to its acceptance. At Blue Frog, we spent several years studying human reaction to various designs to make sure what we introduced to the public would be received warmly. We also reviewed extensive research on what humans find cute and desirable and why. During the past six months, we have seen our extensive research bear dividends. No matter where BUDDY has gone, he has been embraced, hugged and kissed, and the comments heard range from “He is so cute,” to “I need to have one of those in my house,” to “I just want to pick him up and hold him.”

Among other destinations, our research led us to Masahiro Mori’s Uncanny Valley theory, which hypothesizes that when features look and move almost, but not exactly, like natural beings, it causes a response of revulsion among some observers. With that in mind, we then looked at Nobel Prize winner Zacharias Konrad Lorenz’s book published in 1965: “Studies in Animal and Human Behavior.” Zacharias found that in each animal or object that was considered cute, pretty and lovable, there were physical characteristics common to human babies, such as small size, large eyes, a disproportionate head, faces and a round-shaped body with short thick limbs.

Our brains are wired to react positively to small objects that have similar characteristics to a baby. These objects trigger a chemical reaction that is both genetic and physiological and we quickly “fall in love” with something that we find cute; we want to take care of it.

Our lengthy research and testing process revealed that the only way to minimize rejection and fear and successfully introduce a robot into the home was to build a companion robot whose appearance would be similar to heroes like Wall-E or R2D2. We also were inspired by the Japanese “Kawaii,” which represents lovable, cute and adorable.

The result of our studies and research: BUDDY, an almost two-foot tall robot of with a rounded shape and accentuated, childlike expressions.  A companion robot that has caught the imagination of everyone he has met as a result of his friendly and outgoing appearance.