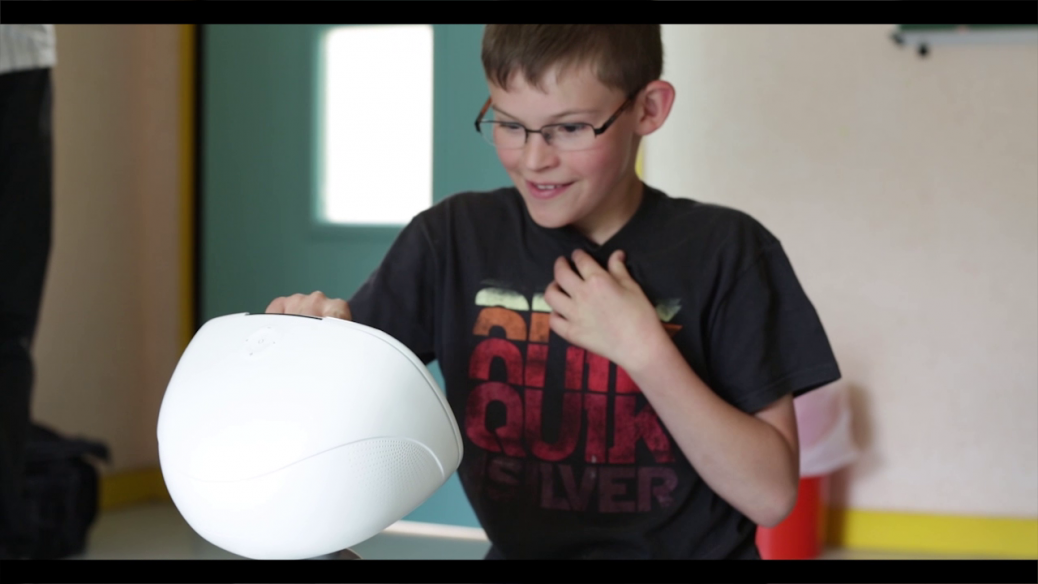 Parents and carers of children with autism often struggle when communicating and interacting with their kids. Children with autism spectrum disorder (ASD) often have a striking lack of interest and ability to interact, limited ability to communicate, and show repetitive behaviours and distress when confronted with changes. For most of us it is pretty hard to imagine what it must be like not to be able to decode body language, facial expressions or the significance of personal space.

Some methods of communication have been established to help parents and their children to improve their way of interacting.

A cat, a dog or a bicycle…these animals or objects are common to us. But for most of the children with autism, they belong to another world. Picture exchange communication systems and small nursery rhymes are activities, which are part of their daily routine. A routine, which is extremely important for them in order to feel at ease.

How are the robots helping children with an ASD ?

Researchers work hard on improving the interaction between parents, carers and children.
Zeno or Kapstar are social robots dedicated to children with special needs. Some universities have tested these robots to enhance social interaction skills.
Through role-playing and scenarios, children are able to learn social interaction skills such as reading feelings and communication. The goal is to get the children to step out of their comfort-zone without fear of exposing themselves to a stranger and the fact to react in front of a robot, which responds and reacts, gives them the motivation not to disappoint the companion robot, unlike an inanimate object such as a computer or tablet.

Children are laughing in a classroom. They are used to play games, learn new subjects and to do speech exercises. They are waiting for their carers in the classroom. But today is a special day and the children don’t know that yet. They are seeing a shadow at the door, moving slowly around them. Something, they have never seen before. This new specie is arousing the curiosity of the children and they sit around him and start to play with him.

A strong relationship between the kids and Buddy is formed immediately. Who is Buddy? Buddy is a small robot that improves social skills by playing games, telling stories and doing small exercises with the kids. Buddy has an infinite patience, he will do things again and again and never get upset or tired.

Parents marvel at the progress their kids are making thanks to Buddy. There are smiles on the faces and stars in kids’ and parents’ eyes.

The Blue Frog Robotics Team is not only proud to see their work rewarded by the laughs of the children, but also to see the improvement in the life of these kids.

« Most of the children with autism struggle with social interaction. We want to help them to integrate by learning how to communicate with others. » Said Rodolphe Hasselvander, CIO of Blue Frog robotics.
Together with an austism Institute, Blue Frog Robotics decided during their Indiegogo campaign and soon, to offer a special package dedicated to children with special needs.