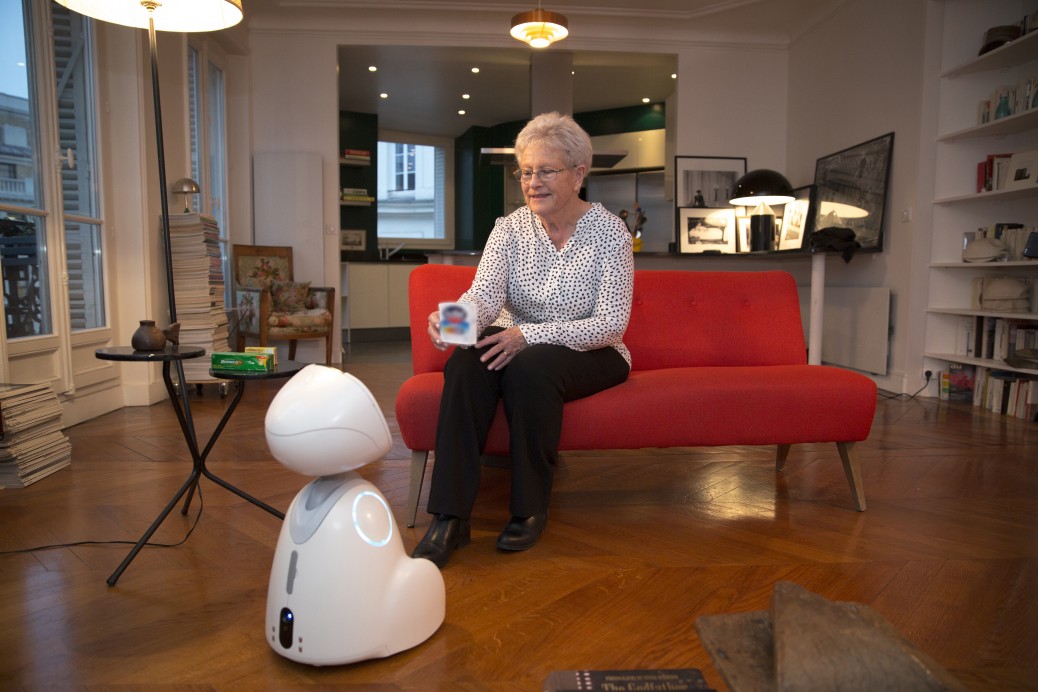 Companion robots, like our BUDDY, are a great solution for seniors who choose to live alone

The numbers tell the story:  close to 90 percent of people over the age of 65 wants to stay in their own homes for as long as possible.  In the US alone, about 8,000 people turn 65 every day. Even when a senior citizen begins to require day-to-day assistance or regular healthcare, more than 80 percent still prefer to live in their own home.

“Aging in place” is no longer a trend.  It’s a fact of life among an aging population throughout the world — a population where only a small minority would prefer to move to a facility where healthcare and companionship is provided, like a relative’s or a close friend’s home.

While the “aging in place” phenomenon sends a strong signal that senior citizens of the 21st century hold their independence dear, there are inherent dangers of more and more seniors living alone.  According to a study by the University College London on the impact of loneliness and isolation, for example, loneliness and infrequent interactions with others — including family and friends — can shorten a person’s life.

Even for seniors who don’t yet require health services, living along can be dangerous, as the study reports. Andrew Steptoe, professor of psychology at University College London, said, “Both social isolation and loneliness appeared initially to be associated with a greater risk of dying.  But it was really the isolation which was more important.”

In some instances, what appears to be an obvious solution is often a difficult one to implement.  While moving to an assisted living community, one that provides not only health monitoring but also social activity, might appear as a logical next step for many seniors, many simply dig in their heels when it comes to moving.  When a senior requires around-the-clock health services, the difficult decision may have to be made for them by a family member. A report from the US Administration on Aging reports that more than 30%, well over 11.M adults, live alone!

But what are the solutions for seniors who not only choose to live alone and are physically able to live alone!  How is social isolation combated in these instances?

One of the reasons we developed BUDDY, the companion robot, was our belief that BUDDY would be an excellent companion for senior citizens.  BUDDY can ensure the wellbeing of senior citizens at home by providing social interaction and assistance, can remind them about upcoming events, appointments and deliveries.  In addition, on behalf of care givers, BUDDY can monitor the homes of seniors who choose to live alone. He can detect falls and unusual activity and provide medication reminders. In addition, BUDDY can ease loneliness by seniors with social interaction. With BUDDY, seniors can access communication technology, like Skype and Facetime, with much more simplicity.

Participants in a recent study conducted by the Media Effects Research Laboratory, College of Communications at Penn State, indicates that seniors embrace the notion of robots when it comes to supporting physical, information, entertainment and interactional needs.

Companion robots like our BUDDY are changing the future for senior citizens for the better.